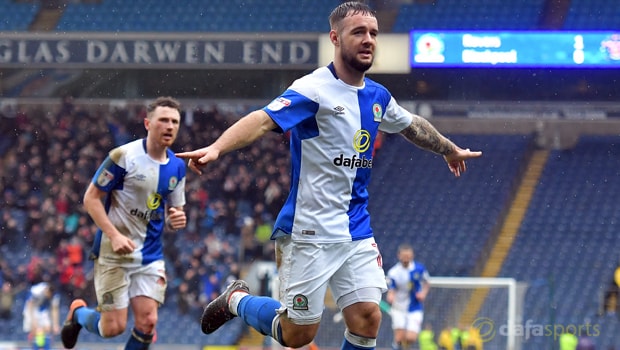 Blackburn loanee Adam Armstrong is hoping to build on his impressive goal tally in the closing stages of the League One campaign.

The 21-year-old is a product of Newcastle’s academy but he has failed to establish himself as a first-team regular since being given his debut in 2014.

Armstrong has enjoyed a number of loan spells away from St James’ Park over the last three years at Coventry, Barnsley, Bolton and currently Blackburn.

Rovers, who are priced at 4.20 to win League One, drafted in the striker during the January transfer window on a deal until the end of the campaign to boost their chances of winning promotion to the Championship.

The former England under-20 international took a while to settle, failing to net in his first five outings, however, he has been prolific ever since.

He boasts seven goals from his last seven outings and has helped Blackburn to move within two points of league leaders Shrewsbury with just nine games left to play.

Armstrong claims the Ewood Park atmosphere has played a huge role in his improving form and is now hoping to smash his initial target in the remaining games.

“The atmosphere and everything about Ewood does me good. My confidence is high and I go into every game thinking I’ll score,” Armstrong told Blackburn’s official website.

“I think the first goal at Blackpool pips the strike at Portsmouth. But it doesn’t matter how they go in, a goal is a goal. I have seven goals now and I’ll keep on pushing.

“I said when I came here that I wanted 10 goals. Had you asked me if I’d take seven then I probably would have, but with nine games to go I think I can get a few more yet.”