Championship: Burnley made to wait after Derby County win 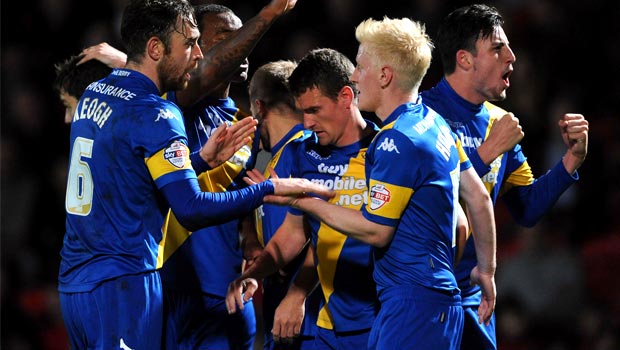 Derby County defeated Doncaster 2-0 on Friday evening to ensure Burnley must wait until at least Monday to earn automatic promotion to the Premier League.

Clarets fans were eagerly anticipating the result of the Derby v Doncaster game after a 1-0 victory over Blackpool earlier in the day. Anything but a win for the Rams would have secured Burnley promotion from the Championship.

Derby spoiled the Burnley party as they defeated Doncaster thanks to goals from George Thorne and Chris Martin, who scored his 19th goal of the season.

Thorne, on loan from West Brom, unleashed a devastating side-footed shot past goalkeeper Sam Johnstone at the end of the first half before striker Chris Martin sealed the victory in the 79th minute after converting a Jamie Ward cross.

The win sees Derby move eight points behind Burnley although with just three games to play Rams boss Steve McLaren believes his side have too much to do to catch the Clarets.

He said: “It’s too little, too late. They are going to go up. I can’t see them falling over now. Getting over the line is hard, but I can’t see it.

“We’ll just concentrate and focus on the play-offs now. Looking at it you are at least going to get QPR in there and Wigan. The play-offs are a cup. You see over the years favourites go out. Usually experience counts and with that QPR, Wigan and Reading – they’ve got the squads.”

Burnley can seal their promotion on Monday when they face Wigan at home, and are priced at 2.02 to do so with a 0-0.5 handicap.