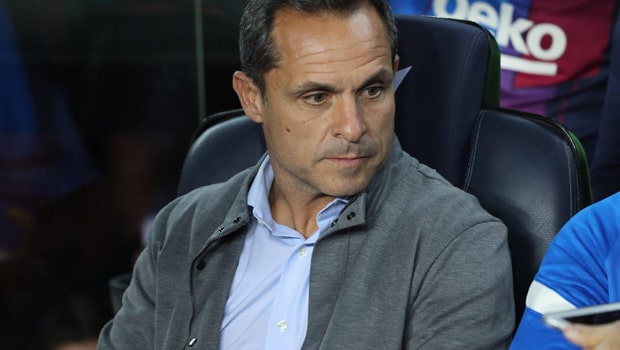 Barcelona travel to Ukraine on Tuesday in search for their second UEFA Champions League win of the season when they visit Dynamo Kiev.

It was against the Ukrainians that they got their first Champions League win of the season with a 1-0 victory at the Camp Nou a fortnight ago.

However, there will be a different face at the dugout for Barcelona on Tuesday as Barcelona has since parted ways with Dutch manager Ronald Koeman and he has been replaced on a temporary basis by Sergi Barjuan.

The Team B manager took charge of his first game at the weekend against Alaves at the Camp Nou, it is left to see what results he will get in Kiev.

A win is important for the Catalans who will want to overtake Benfica on the table. The Portuguese side defeated Barca 3-0 in the second group stage game but they have just four points having lost to Bayern a fortnight ago.

A loss to the Bavarians in Germany on Tuesday will give Barcelona an advantage to move into second place.

Meanwhile, Sevilla will host Lille in a bid to steer clear of the French Champions. Sevilla are winless so far but they have three points from three games in the champions league while Lille follow them in third position with two points.

Red Bull Salzburg tops group G and a win for them against Wolfsburg will be detrimental to Sevilla in terms of topping the group.

The Austrians are on seven points while Sevilla has three from 3 games.

Furthermore, Villarreal will hope to bring their three games winless run to an end when they host Swiss side Young boys.

The Yellow Submarines are second in group F but level on points with Atalanta, one above their Tuesday opponents and two away from table toppers Manchester United.