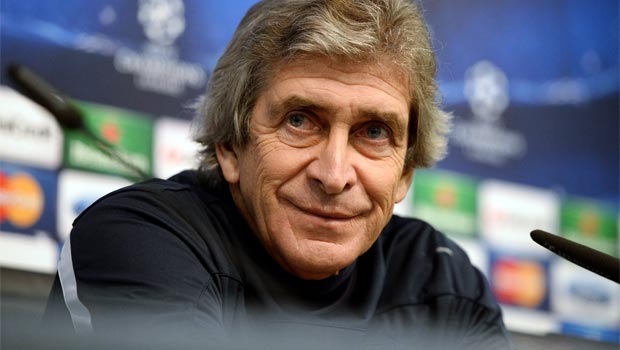 Manchester City and Barcelona, with a combined goals for tally of 228 so far this season, meet on Tuesday in the first knockout round of the Champions League.

Both sides have been scoring for fun this season, and it will be a surprise if there are not more goals to savour at the Etihad.

Manuel Pellegrini must do without the injured Sergio Aguero, but can still call upon the talents of Alvaro Negredo, Edin Dzeko and, indeed, forgotten man Steven Jovetic, who bounced back from an injury-hit campaign to score against Chelsea in Saturday’s FA Cup win over Chelsea.

City also welcomed back Javi Garcia and Samir Nasri at the weekend, and the latter looked in good form, showing speed of thought and foot to get on the score-sheet.

Apart from an earlier defeat to Chelsea in the Premier League, the Etihad is something of a fortress these days, and unlike Jose Mourinho’s side, Barcelona are not renowned for their defensive qualities.

Barca only scrambled home at Celtic thanks to a late Cesc Fabregas strike, were held to a draw by AC Milan, and were even beaten by Ajax in Amsterdam.

All that suggests that the Catalans are vulnerable on their travels, and indeed a look at their away record in the Champions League since 2008 backs up that claim, with only three games won out of 16 played in the knockout rounds.

However, having said that, Barcelona do tend to draw a lot of their matches away, and in the seven times that they have done since 2008 they have still progressed. In fact, even when beaten, which have managed to turn things round at Camp Nou.

All that suggests that this tie very much hinges on which teams scores the most home goals – if City score three without reply for instance, then Barca need four in the return, but with Lionel Messi slowly returning to top form, even that tall order would not be impossible.

A fascinating encounter is in prospect then and current Dafabet odds make Manchester City 2.85 to win, with Barcelona 2.40. The draw is 3.30.