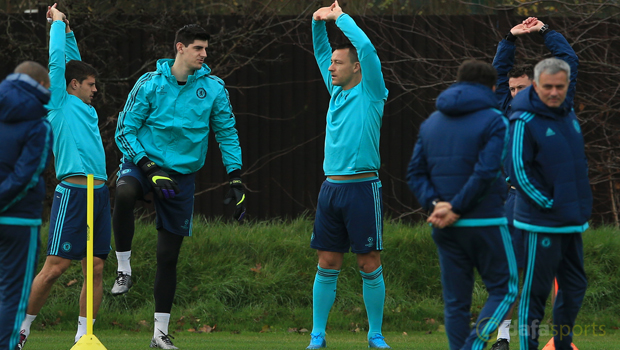 Chelsea goalkeeper Thibaut Courtois insists his side will be going all out for the win when they face Porto at Stamford Bridge on Wednesday evening.

The Blues, who are 23.00 to win the Champions League, head into their final Group G match knowing a draw will be enough to see them through to the last 16. However, a victory will guarantee them top spot in the pool and the possibility of earning a more favourable tie in the first knockout round.

This is all a far cry from their domestic form which has seen Chelsea already lose eight times, a run that has left them 14th in the table.

With the chances of them defending their title dwindling by the week, Europe has offered Jose Mourinho’s men some respite and they are currently 2.05 to win on Wednesday, with the draw 3.40 and Porto 3.75.

Courtois returned to the side on Saturday after three months out with a knee injury but could not prevent their defeat to Bournemouth.

The Belgian is looking for a more positive result on Wednesday against one of Mourinho’s former clubs, and despite the permutations, says his side are only thinking about victory.

“We will play to win,” Courtois told reporters. “If you play just to draw, you never know what can happen in the last minute.

“Every footballer wants to win their games and it will be the same tomorrow. We want to give our fans a victory, because this season we’ve lost too many games at home and it shouldn’t be like that.

“All the players have to improve our level. We are a team but sometimes individually we haven’t been at our best. If everybody gets to their top level, we will start winning games.”