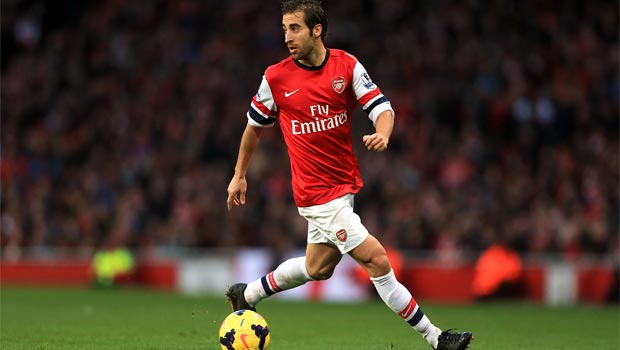 Arsenal’s biggest game of the season takes place on Wednesday night, and, in what is shaping up to be a mouth-watering last-16 Champions League clash against Bayern Munich, midfielder Mathieu Flamini demanded a performance from Gunners.

The north London outfit managed to restore some pride in the jersey with a gritty 2-1 victory over Liverpool in the FA Cup in their last outing, having suffered a 5-1 humiliation to the Merseysiders in the Premier League earlier this month.

After installing some of the confidence back in the side with that win over the Reds, the biggest challenge of the campaign comes with the arrival of the reigning European champions Bayern on Wednesday.

Having secured an unprecedented Treble last term, the Bavarians appear to have gone up another level since the arrival of former Barcelona boss Pep Guardiola, as the club sit 16 points clear at the top of the Bundesliga table.

Much of the talk has been about the German giants before the game and in a way the pressure is off Arsenal to make it through to the quarter-finals, with the Gunners at 4.95 to win the game.

However, Flamini says the expectation levels within the Arsenal camp are high and the combative midfielder is demanding a performance from his troops come Wednesday.

He told the London Evening Standard: “We know it won’t be an easy game because Bayern are a very strong team, but we are Arsenal, we have big ambitions.

“If we want to qualify, we have to get a good result against Bayern.

“What I will say about this season is that I see a great commitment, I see everyone working very hard on the pitch and helping each other.”