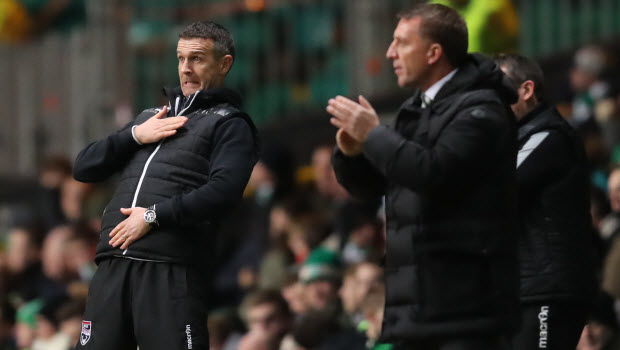 Brendan Rodgers feels that Celtic have laid the foundations of this season’s success by making Celtic Park a tough venue to visit.

The Hoops have won every domestic game played in Glasgow’s East End since Rodgers replaced Ronny Deila in the summer.

It has helped them open a 14-point gap at the top of the Scottish Premiership, while they also pocketed the League Cup at Hampden Park last month.

Celtic play their final home game of 2016 against Ross County on Wednesday evening and Rodgers is keen to ensure no slips on home soil.

“We just want to keep the run going. At Celtic Park we wanted it to be a fortress and we feel that, if you’re going to do well as a team, in particular your home form has to be very strong and that’s what it’s proved to be,” he told the Celtic website.

“I think it’s going to be a difficult game for us with Ross County coming off the back of a disappointing result for them at home.”

Celtic have dropped only two points from a possible 54 in the league this season, leading to inevitable talk of going unbeaten through the campaign.

For Rodgers, it is important for his players to take one game at a time and seize the chance to impress every time they take to the field.

“There is still a long way to go, but you see every game as an opportunity to demonstrate your qualities as opposed to any threat to losing records,” he added.

“So for us it’s about opportunity and we need to ensure we take that opportunity.” Dafabet have boosted Celtic to win 3-0 to 8.00 for the game against Ross County.