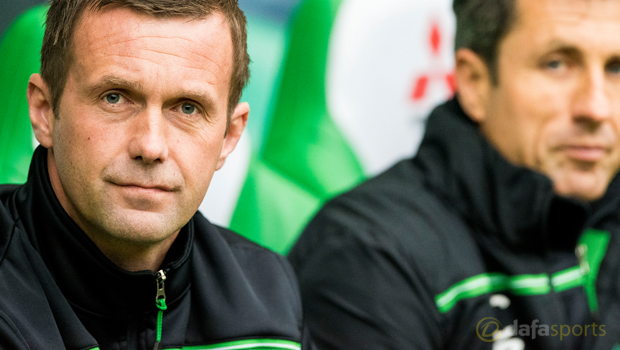 Ciftci joined the Bhoys over the summer in a £1.5million move from Dundee United with a reputation of having a poor temperament.

The Turkish striker missed the first six domestic games of the campaign after being handed a ban by the SFA for his actions on the field.

Ciftci was seen to bite Dundee’s Jim McAlister in his final Tayside derby and his actions have again been called in question following this latest incident.

The former NAC Breda man took exception to a challenge from Izaguirre in training and left the Honduran requiring stitches after the clash at their Lennoxtown base.

Deila admitted he missed the flashpoint but has since spoken with the two players involved in the aftermath and believes it has been put to bed.

The Norwegian insists there will be no further disciplinary action taken and confirmed the duo will be available for Wednesday’s cup tie with Hearts.

Deila said: “It happens in training, the intensity is high.

“It’s too quick for me to say anything sure about it, but it’s nothing big here and I talked to both players and we move on from it.

“What I am told happened was a tackle from Emilio and then Nadir reacted to that tackle. He thought it was very hard and he tried to get away from it.

“And then he kicked back and he hits Emilio’s face and he didn’t know that or see that, and he caught his ear. He had to go to the hospital to get a couple of stitches to put it together.

“It was a tackle which was a little bit too much, then there was a reaction, but he (Ciftci) didn’t actually mean to kick him there. It was a bit unlucky but I talked with both players and they have moved on from it. Both are available for Wednesday.”

Celtic are priced at 1.57 to pick up victory at Tynecastle, while Hearts can be backed at 5.25 with the draw available at 4.00.