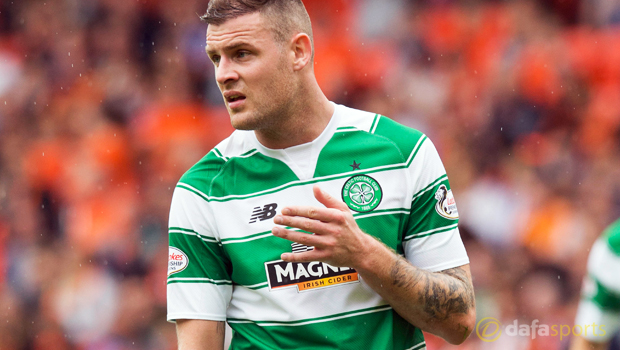 The Republic of Ireland international travelled with the rest of the squad to the Tulloch Caledonian Stadium, but he did not even make the bench as the Bhoys ran out 3-1 winners.

The 27-year-old, who has only made one league appearance for the Hoops this season, took to social media to express his anger at being left out of the matchday squad.

He tweeted: “Buzzing to be brought all the way up to Inverness with the team to sit in the stands today. Lovely weather for it too.”

He then went on to add: “It’s all about playing and contributing not picking up a wage.”

Stokes’ outburst also contained a swear word and, although he apologised afterwards for the tweets, he has now been banned for the next two weeks, meaning he will miss the league matches against Hamilton and St Johnstone, as well as the Europa League clash with Fenerbahçe.

Boss Ronny Deila described the fron man’s outburst as disrespectful towards his team-mates and he has urged the former Sunderland player to instead focus on earning a place back in the squad.

Deila stated: “Ninety-nine other times, it has been other players out and it is his time this day and, of course, they are not the values that we want. If that is harder for him than somebody else, then for me he is not a team player.”

“What is important with Stokesy is that he has to show the work first before he speaks and if you do that then you always have a future.”

Celtic take on Hamilton at Parkhead on Saturday and they are available at 1.20 to win the match, while the Accies are on offer at 13.00 and the draw is 6.50.