Celtic fall short again after 3-1 loss away to Leipzig

Posted by Akinnifesi Olumide on October 8, 2022 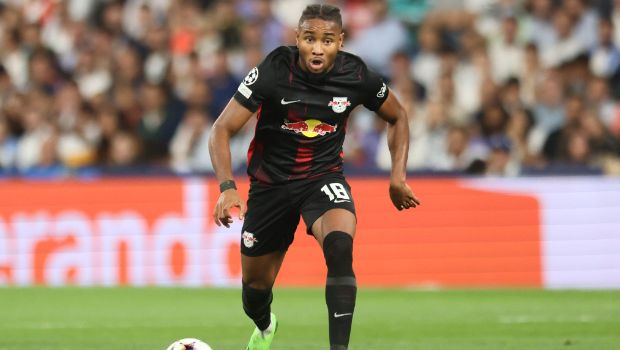 Celtic hopes of qualification for the next stages of the UEFA Champions League suffered another setback as they succumbed to a 3-1 defeat at Leipzig in Germany on Wednesday night.

The Scottish Champions were hoping to get their first victory in the group stages of the European competition but failed yet again at the third attempt.
It also capped off a bad night for goalkeeper Joe Hart who shockingly gifted the German side their second goal.

Christopher Nkunku thought he had put his side ahead in the 17th minute after he lobbed the ball over the onrushing Joe Hart. Thankfully for the Hoops, the Frenchman was ruled offside by the VAR.

However, he wasn’t to be denied this time around as he opened his scoring in the 27th minute following a brilliant pass for Andre Silva as he dribbled past Hart to slot into an empty net.

Trailing by a goal, Celtic were forced to make an early substitution after skipper Callum McGregor was replaced in the 38th minute due to a suspected injury as Oliver Abildgaard came in as a cover.

Postecoglou’s side rallied for an equalizer, and they were duly rewarded in the 47th minute when Jota pulled his side level after a well-worked effort from Kyogo Furuashi to smash the ball past Blaswich.

Then the embarrassing moment came in the 64th when Hart played out a direct pass to a lonely Szoboszlai, who joyfully rolled the ball to the feet of Silva to restore the lead to make it 2-1.

The impressive Silva got his brace on the night, putting the game to bed as he received a pass from Simakan to further stretch the lead 3-1.
This isn’t the start of what the Celts would have hoped for following their return to the Champions League as the search for a win remains in the dark.
Celtic languish in the bottom zone of Group F with just a point to their name. It is with high hopes they return to winning ways by the weekend when they travel to face St. Johnstone.