Casillas is back to play for Spain 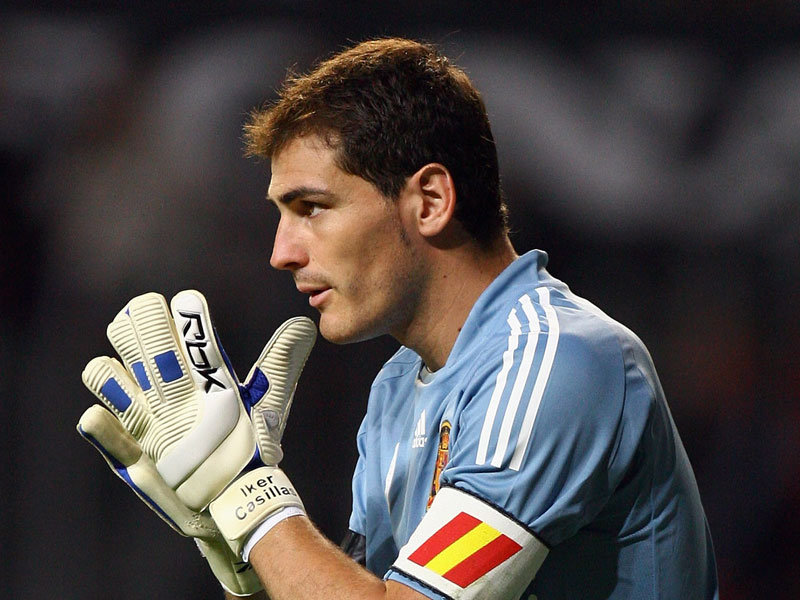 Coach Vicente del Bosque revealed that Iker Casillas is ready to man the posts once more.

Good news for Spain fans.
Coach Vicente del Bosque announced on Monday that the veteran goalkeeper is all set to play for his country in the Confederations Cup.

The Real Madrid captain has not seen action since suffering a hand injury back in January, forcing the  club to sign Diego Lopez, who has since kept his place in the first team.

Del Bosque haskept faith in his skipper and stated he is in perfect fit.

“We are certain he is in good form. We spoke in France and since then I haven’t spoken to him, but I’m sure he is fine. He is one of our own,” the 62-year-old Del Bosque said at a press conference.  “We deal with some extraordinary players. We have three goalkeepers and I can’t bring any more, but we could have brought another four or five. Diego has had a superb season but we trust in Pepe Reina, Iker and Victor Valdes.

Added Del Bosque: “I’ve said before that it’s impossible to include every player that deserves a place. Fabregas, Villa, Torres and Soldado are our four strikers. You could just as easily ask why we didn’t include [Imanol] Agirretxe, that lad from Betis [Ruben Castro], Iago Aspas, Michu.”

The Spanish mentor also stressed that he is looking forward to the tournament, which starts on June 15.

“It’s a unique tournament with its own merits,” he said. “There are not only four World champions, there are also the Olympic champions Mexico and champions of Africa, Nigeria.’’