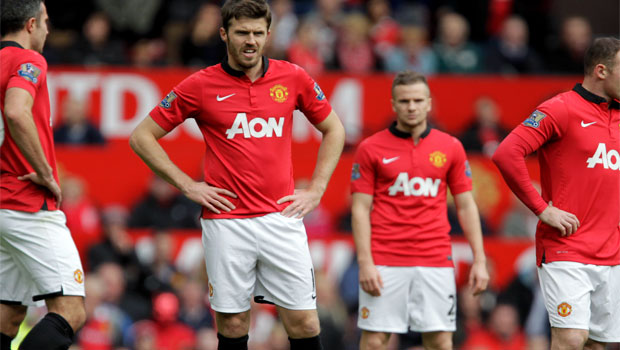 Manchester United have confirmed that midfielder Michael Carrick will be out of action for between four and six weeks with an Achilles injury.

The England international has been troubled by the problem of late but played on Sunday in United’s 1-0 win over Arsenal at Old Trafford.

Carrick came through the match but revealed afterwards that he was feeling the effects after such an intense encounter.

Speaking after the match, he said: “I have been carrying the injury for a few weeks now. I was a bit patched up to play against Arsenal. I got through it but it doesn’t look too good.”

As a result of the injury, Carrick has withdrawn from England’s double-header against Chile and Germany. The 32-year-old could now be out until Christmas, and may miss some crucial games over the winter period.

He is set to sit out the crucial Champions League ties against Bayer Leverkusen and Shakhtar Donetsk, while domestically David Moyes’ side take on Tottenham Hotspur, Everton and Newcastle United in the Premier League.

The former West Ham United youngster admitted recently that, under Moyes, United made a shocking start to the season, but he is confident they have turned a corner.

Carrick’s team-mate Phil Jones has been quick to praise the midfielder and insists both club and country will miss his ability.

He told Sky Sports News: “He’s been in terrific form and he’s a top player. He’ll be missed by club and country. He’s a great player, he brings a lot to a side, his range of passing, so he’ll be sorely missed.”