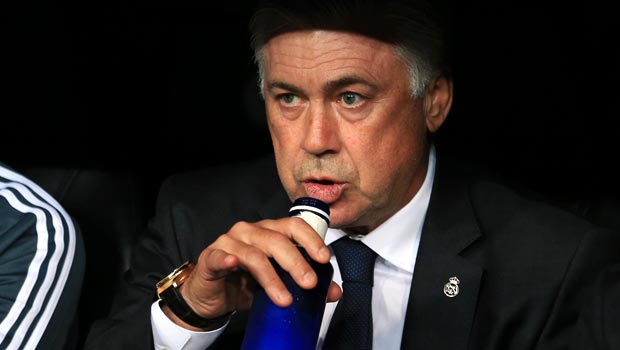 Real Madrid made a real statement of intent with an 8-2 demolition of Deportivo La Coruna at the Riazor on Saturday to get their title challenge back on track, although boss Carlo Ancelotti insists that the team can do better.

Los Blancos had suffered a double early setback in the title race with back-to-back defeats against Real Sociedad and Atletico Madrid but went some way to getting those losses out of the system with a 5-1 win over Basel in the Champions League in midweek.

And despite a slow start to the game against newly-promoted Depor, Real ultimately ran away with the three points once Cristiano Ronaldo had opened the scoring with a brilliant header just before the half-hour mark.

James Rodriguez doubled the advantage in the 36th minute with a wonderful strike into the top corner before Ronaldo stroked the ball into an empty net after the referee played a good advantage when Depor keeper German Lux had raced way out of his area only to foul Karim Benzema.

The home side gave themselves a lifeline when Haris Mendunjanin converted a penalty six minutes into the second half, which prompted a period of pressure from Victor Fernandez’s men.

However, a second goal did not come before Gareth Bale settled any nerves with a brace of clinical finished before Ronaldo completed his hat-trick with a powerful left-footed strike after Modibo Diakite was caught in possession deep inside his own half.

Toche, who had earlier missed a point blank header, rose unchallenged to grab a consolation from Isaac Cuenca’s free kick before Real substitute Javier Hernandez scored with two long range efforts – one deflected – in the dying moments to seal the rout.

The result will no doubt send a message to his title rivals, but Ancelotti insists that his side can still get better.

“We played with great intensity and we tried to do well in all phases of the game,” Ancelotti is quoted as saying by Marca.

“We have shown our quality and we have players with great skill…we need to improve our consistency and our balance.”

Real do not have too long to bask in the glory as they need to get ready to take on Elche at the Bernabeu on Tuesday, with Ancelotti’s men strong 1.08 favourites to make it two wins on the bounce, while the visitors are on offer at 12.34 for a shock victory and the draw is priced at 10.75.