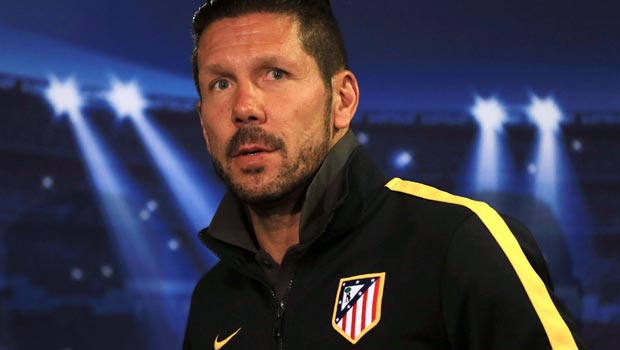 Atletico Madrid missed out on the chance to top the La Liga table as they were held to a 2-2 draw by Celta Vigo at the Vicente Calderon and Diego Simeone has called on his players to rediscover their defensive strength.

Despite creating the better chances it was Celta who took the lead through an improvised backheel finish from Pablo Hernandez, following a speculative long ball into the box in the 19th minute.

The champions hit back though with Miranda and Diego Godin scoring from set-pieces to give the home side a 2-1 half-time lead.

However, Eduardo Berizzo’s men earned a share of the spoils when substitute Nolito converted a penalty after Miranda had brought down Carles Planas eight minutes into the second period.

Simeone was generally pleased with his side’s performances but admitted his team needs to rediscover the defensive strength that helped them win the title last season if they are to have any chance of repeating the feat this time around.

“The goals today were different. The first was a rare kind and the second was a penalty,” Simeone argued, according to AS.

“Two of the last three we’ve conceded have been penalties but we need to improve on that. The fewer goals conceded the better our chance of winning.

“I liked the team today. When a team attacks its difficult except for 10 or 12 minutes after the Celta goal where we couldn’t play in the opponent’s half, and we defended high which isn’t easy since Celta are brave.

“We tried to create scoring chances and I think we did.

“[Sitting back] happens in a game. Just as the team took a step forward when one down and then retreated back when it was level.

“For me it was one of the best games we’ve played offensively and we were compact to guard against their counter-attack.

“They’re dangerous and in these games you can leave without a point.”

Los Colchoneros will hope to keep the pressure on leaders Barcelona when they travel to Almeria on Wednesday and are strong favourites at 1.52 to get back on the winning trail, with the home side on offer at 5.40 and the draw at 3.89.