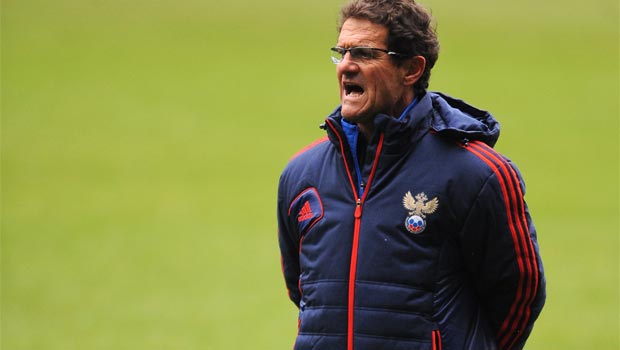 Fabio Capello admits he is still haunted by the manner of England’s elimination from the 2010 World Cup as he prepares to lead Russia into the finals in Brazil later this year.

The Italian tactician says he predicted the “one simple mistake” from the officials that cost England a certain equaliser in their last-16 match with Germany at a pre-tournament coaches meeting in which referees – but not assistants – were in attendance.

England trailed Germany 2-1 at Bloemfontein when, after a strong start to the second half, Frank Lampard rattled the crossbar with a stunning free-kick from 30-yards which appeared to cross the line.

Replays showed the whole of the ball had crossed the line, but the officials missed it and Germany eventually overpowered Capello’s side to run out comfortable 4-1 winners.

The Russia boss, who is in favour of goal-line technology, said: “There’s still one memory that I haven’t managed to get rid of yet. I recall the meeting we had with all the coaches.

“I asked: ‘Why didn’t you bring the assistant referees along as well?’. I was told that that wasn’t part of the plan. So I made the point that we’d worked hard for two years to get this far, and that a simple mistake – a ball going out or not, or a penalty given or not given – could lead to our elimination. And in the end, that’s what happened.

“I’ve never been able to forget that meeting, which never resulted in any follow-up, because I’d predicted what would happen to us without knowing it.”

But their odds of winning the tournament look slim and although they are available to back at 71.00, only the most patriotic Russian fans will be confident of overcoming the best nations in the world like hosts Brazil (4.00) and holders Spain (8.00).