Posted by Ayotunde Omolayole on September 20, 2019 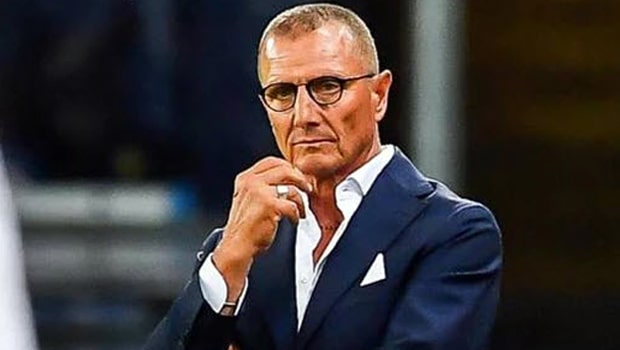 Serie A fixtures for matchday 4 will get underway at 7:45 PM on Friday 20th September when Genoa CFC travel to the Sardegna Arena to face home team Cagliari Calcio.

This will be the 23rd meeting between the two sides with Genoa having the upper hand winning 11 matches as against the home side’s 9 wins against them. The visitors, who are currently on four points from three matches, travel to the Island of Sardinia seeking their second win of the campaign. Coach Aurelio Andreazzoli’s men have started the season on a decent note and will be hoping to improve on their current 10th placing on the league table.

The Rossoblu will gain some confidence from their last away match when they held Rome giants AS Roma to a credible 3-3 draw. Genoa will be aiming to bounce back from last week’s 2-1 home defeat to Atalanta BC. Coach Andreazzoli will also be expecting a better defensive performance from his Genoa side who have yet to keep a clean sheet this season.

Inter Loanee forward Andrea Pinamonti will mostly likely continue in attack with strike partner Ivorian Christian Kouamé. The visitors will have to do without the services of midfielders, Stefano Sturaro and Francesco Cassata who miss the match through injury.
As for Cagliari, the Sardinians will be hoping to banish their poor home form and claim their first home victory in front of their faithful supporters.

The Islanders haven’t had the best of starts to their league season but the 3-1 away win against Parma Calcio should have them believing they have turned the corner.

Currently 13th on the log, the home side will be desperate to put large smiles on their fans by winning emphatically in front of the island faithful.

Cagliari Coach Rolando Maran will be looking to the defensive duo of Club Captain Luca Ceppitelli and Fabio Pisacane to keep out the Rossoblu frontline. The Islanders’ attack will most likely be spearheaded by ACF Fiorentina Loanee striker Giovanni Simeone. Fellow forward Leonardo Pavoletti will be missing through injury alongside goalkeeper Alessio Cragno and midfielder Paolo Faragò. Belgian midfielder Radja Nainggolan on loan from FC Internazionale Milano is also an injury doubt for the match.

Cagliari who was just this week cleared of any wrongdoing in the racial abuse controversy involving Inter striker Romelu Lukaku will be hoping for less negative news as they seek to secure their second win of the season.

Cagliari are valued at 2.59 to claim a victory over Genoa, while Genoa are fancied at 2.80.