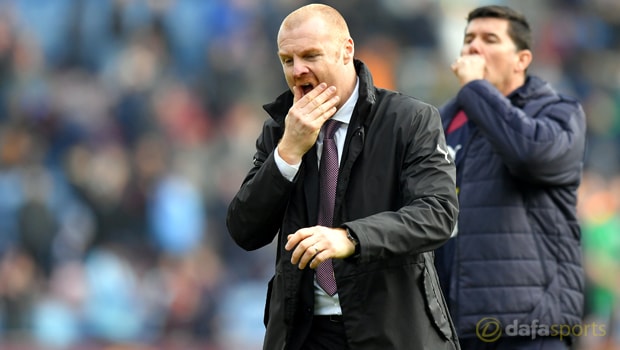 Burnley boss Sean Dyche refused to make any excuses after seeing his side dumped out out of the FA Cup by non-league Lincoln City.

The Clarets, 15.00 to be relegated this season, went into Saturday’s game as the heavy favourites but they failed to get the job done at Turf Moor.

Dyche’s men had been hoping to progress in the competition and reach the sixth round but Lincoln became the first non-league side since 1914 to reach the quarter-finals.

Sean Raggett’s 89th-minute header in front of the travelling fans did the job and Dyche was full of praise for his team’s opponents after the full-time whistle.

He told reporters: “I think they had once chance and that was the goal, so I am not too critical about the shape and the defensive side of the team.

“The technical detail in the team – and we have created enough to score a goal, and we did not do that – we have not kept the ball that well.

The pitch is a bit tricky at the minute, we know that, unfortunately because of the weather up here.

“But no excuses, they approached it in the way cup sides should when you are the lower-ranked team.

You know you are underdogs for a start, so you have that kind of feeling like: ‘What is the worst that can happen?’ “All credit to them, let’s make that clear, you have to find a way to win.

No matter how football comes around, I am a great believer in finding a way to win. Whatever style you need, you have to find a way. And they found a way to win.”