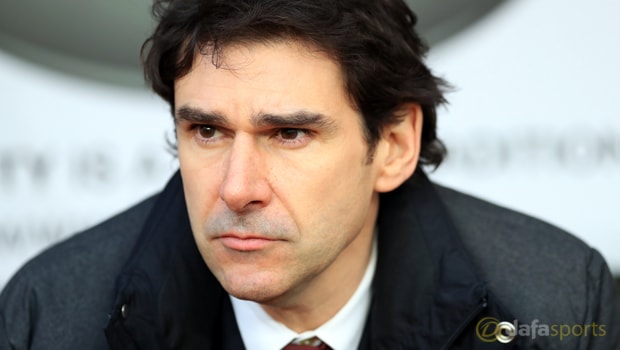 Middlesbrough coach Aitor Karanka believes Saturday’s late win over Oxford United in the fifth round of the FA Cup can teach his players a “good lesson for the future”.

Boro, 2.25 to be relegated, welcomed their League One rivals to the Riverside Stadium on Saturday and wasted little time in stamping their authority on game as they stormed into a 2-0 lead.

Midfielder Grant Leadbitter notched from the penalty spot, while striker Rudy Gestede scored with a bicycle kick to put them in command.

However, a second-half fightback from Oxford saw Chris Maguire and Antonio Martinez bring the game level with goals of their own.

Karanka threw on Christian Stuani late on and he managed to snatch a winner in the 87th minute to ensure Boro progressed into the sixth round of the FA Cup.

The Spanish coach admitted he was relieved with the win but he has urged his side to learn their lessons.

He told reporters: “I am really pleased because I had said before the game that Oxford are a really good team and that we had to be really careful to have the game completely under control because our approach to the game today was completely different.

“Once again, when you think everything is done, you are making a big mistake, even playing against a really good League One team and you always have to be 150 per cent concentrated because when you stop, it is a big problem.

“Sometimes it is difficult to keep all the concentration, especially when you are playing against a League One team and winning 2-0, so we have to learn.

We conceded two goals but we are into the next round and it is a good lesson for us for the future.”