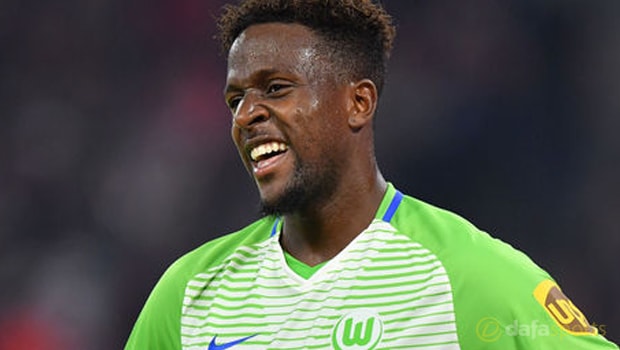 Wolfsburg sporting director Olaf Rebbe has suggested the German club could sign Divock Origi on a permanent deal and confirmed discussions will take place next year.

Belgium international Origi joined the Bundesliga outfit on a season-long loan deal from Liverpool this summer and he has been in impressive form since, scoring three goals from eight league appearances.

The 22-year-old has been one of the rare positives for the Wolves this term with the club languishing down in 14th position in the German top flight, picking up just one victory from 10 attempts.

However, Martin Schmidt’s men have proven hard to beat and they have drawn seven league games, two more than the next highest, and they head into Sunday’s home clash against Hertha Berlin on the back of six straight drawn matches.

Origi is expected to be handed his eighth league start of the campaign and he could be plying his trade at the Volkswagen Arena for the foreseeable future, based on comments made by Rebbe.

“We will chat about what might be next some time before the summer,” the sporting director told Bild.

Liverpool have several attacking options in their squad with Mohamed Salah, Sadio Mane, Daniel Sturridge, Roberto Firmino, Dominic Solanke and Philippe Coutinho all vying for starting places, meaning a permanent exit for Origi is more likely due to the heavy competition for places.

Wolfsburg are 2.05 favourites to pick up all three points on Sunday against Hertha, a draw is priced at 3.30 while the visitors, who are currently sitting 11th in the table, are the outsiders at 3.80.