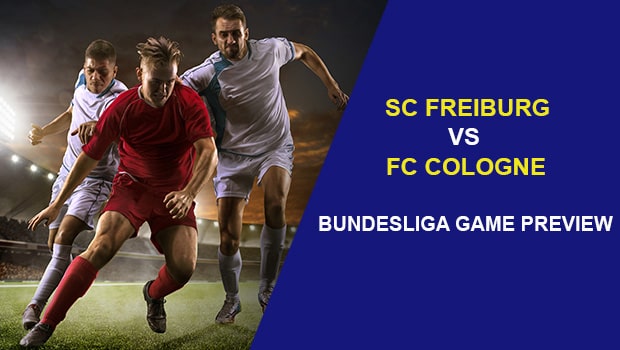 SC Freiburg clashes with FC Cologne in what promises to be a very entertaining Bundesliga game on Saturday. SC Freiburg is coming off a 2-0 road win against Schalke 04 on Sunday while FC Cologne had a 1-1 home draw against TSG Hoffenheim last Sunday.

Head-to-Head: These two sides last matched up in Bundesliga action on February 5 and FC Cologne won 1-0.

Three-star (out of four) AccuScore hot trend pick on SC Freiburg in this one. Average score in simulations is SC Freiburg 2.18 to FC Cologne 0.58.