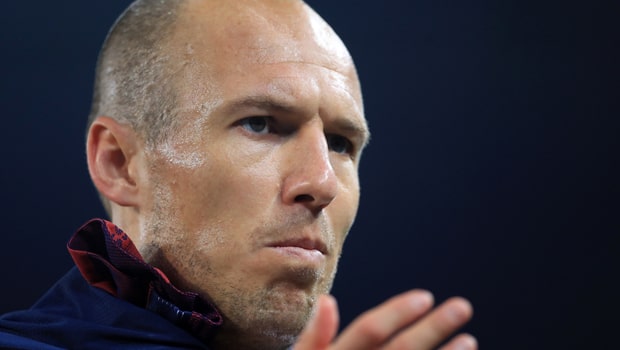 Bayern Munich winger Arjen Robben admits his team are in for a tough battle when they travel to Anfield to take on Liverpool in the UEFA Champions League on Tuesday night.

The Reds will head into the game after a short break, with Jurgen Klopp’s men not playing this weekend after being knocked out of the FA Cup by Wolves in January.

Klopp’s side remain the favourites for the first leg due to their recent exploits in the Premier League, while Bayern have struggled in the Bundesliga under Niko Kovac.

The Bavarians came back from behind to win their last league match against Augsburg but they may need to beat Liverpool without Robben.

The Dutchman is struggling to overcome a thigh injury although he has also admitted he has painful memories of playing on Merseyside.

He has suffered three European eliminations at the home of Liverpool with Chelsea and Real Madrid and he is expecting a difficult night for the German giants.

“I think if you ask [about] the worst stadium for me, it’s probably Liverpool,” Robben told the Mail on Sunday.

“There has to be one. You always have your favourite opponent and there always has to be negative one. They developed really well. Credit the new manager, who has done a great job.

“Last year they were in Champions League final, doing well in the league and at the moment they are level at the top, City is close.

“That’s the title everybody is waiting for in Liverpool. It’s a long, long time ago that they won the league and that’s the one they’re dreaming of.”