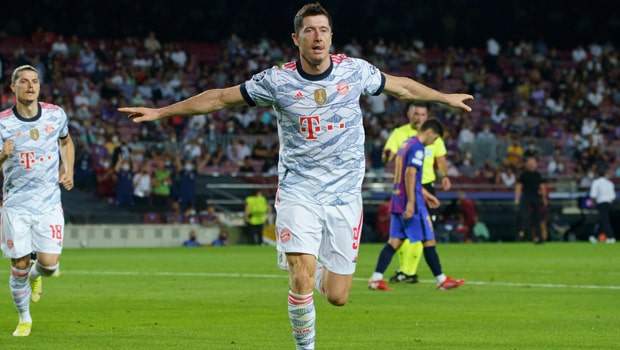 Barcelona started their UEFA Champions league campaign with a 2-0 loss on Tuesday at the Camp Nou against Bayern Munich.

Ronald Koeman started the 2021/2020 campaign with the full knowledge of the unavailability of Lionel Messi who departed for PSG in the summer as well as the return Antoine Griezmann to Atletico Madrid.

Their chances against the Bavarians got worse on Monday when the club announced the absence of Martin Braithwaite, who joins Sergio Aguero on the injury list.

Meanwhile, the Bundesliga side had a full compliment of their squad and came into the game with a winning streak since dropping points in their first Bundesliga game of the season that saw them play 1-1 against Borrusia Monchenglabach.

Lewandowski completed the brace with five minutes left on the clock as Bayern Munich dominated from start to finish.

Barcelona will now face Granada, Cadiz and Levante in the La Liga before facing Portuguese side Benfica in their second UEFA champions league game of the group stage.

Benfica were held to 0-0 draw in the other game in group E.

Meanwhile, ten-man Sevilla were able to secure a point in a 1-1 draw against RB Salzburg.

The Spaniards has Salzburg’s poor penalty to thanks as the Austrian side won three first half penalties only to convert just one of them.

Karim Adeyemi who was lively all match long missed the first penalty in the 13th minute before Luka Sucic scored another in the 21st minute only to lose a third penalty six minutes later.

However, Sevilla were awarded a penalty of their own and Ivan Rakitic duly converted three minutes before the break.

UEFA Europa League Champions Villarreal were held to a 2-2 draw by Atalanta.

The Italians went into the lead just under the first ten minutes of the game before Manu Trigueros equalised for the yellow submarines.

Arnut Danjuma thought he had given Villareal the win in the 73rd minute but Robin Gosen secured a draw with seven minutes left to player.

Francis Coquelin was sent off a minute later as the game ended 2-2.