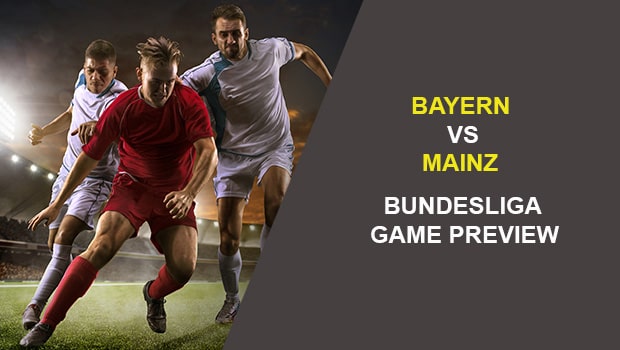 The player to watch in this game is Robert Lewandowski, who has been unstoppable this season, scoring 16 goals in 13 games. Leroy Sané can also be a difference-maker, he has four assists in 13 games. Let’s take a closer look at where the value is at in this matchup.

Momentum: Bayern Munich has been on an upward trend — with 4 wins in their last 5 Bundesliga games.

For Bayern Munich, Robert Lewandowski has a 79.1 percent chance to score. He averages 3.77 shots overall per sim, 2.39 shots on goal per and 1.54 goals per sim.

Four-star (out of four) AccuScore hot trend pick on the total in this one. Average score in simulations is Bayern Munich 3.02 to Mainz 0.73.