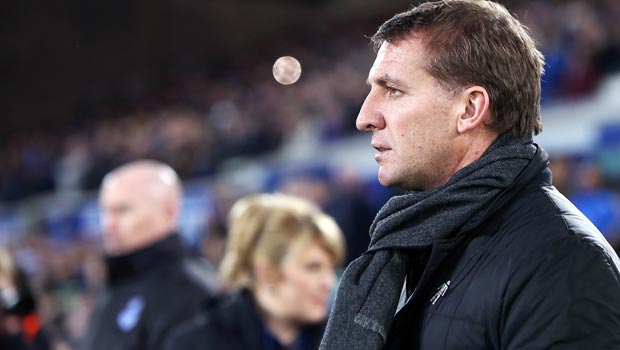 Brendan Rodgers says he wants to win a trophy this season to underline the development of his improving Liverpool side.

The Reds went very close to winning the Premier League last season but then lost star striker Luis Suarez over the summer and initially struggled this term as several new signings took time to settle.

However, in the past couple of months Rodgers’ side have improved significantly and are now well-placed to push for a top-four league finish, while they are also through to the last eight in the FA Cup following Saturday’s 2-1 win over Crystal Palace.

Liverpool are also hoping to progress in the Europa League after dropping out of the Champions League before Christmas and entertain Turkish side Besiktas in the last 32 on Thursday.

The Northern Irishman has yet to deliver silverware since taking over in 2012 and he is aware how important it is to secure a trophy in his third season in charge.

He said: “I said at the beginning of the season that the objective was to win a trophy, and so we want to be as strong as we can in every game.

“We want to play as many games as we can. It will be tough, but when you’re winning games it gives you energy.

“You’ve seen that this week. We had a tough week of games this week, but the players have been brilliant and come through it well. Now they’ll recover and really look forward to the Europa League, because it’s a competition we really want to do well in.”

Liverpool are likely to place plenty of importance on the Europa League as, this year, the winners will be handed a place in next season’s Champions League.