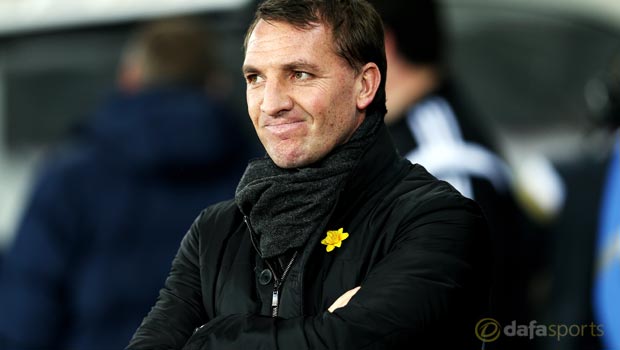 Manager Brendan Rodgers has rejected talk of a crisis at Liverpool after back-to-back Premier League defeats to Manchester United and Arsenal.

The Reds had been in fantastic form since the turn of the year after a slow start to the season but their progress has been halted recently.

Rodgers’ side lost 2-1 at home to Manchester United on March 22 before going down 4-1 at Arsenal at the weekend following the break for international fixtures.

Liverpool now find themselves in fifth spot in the Premier League with seven games to play and the seven-point gap to fourth-placed Manchester City looks too big to chase down.

However, Rodgers has no complaints with his side’s “commitment and focus” following speculation suggesting a heated team meeting in the aftermath of the defeat at the Emirates.

He said: “We have lots of meetings here analysing performance and this one was no different.”

Rodgers has also clarified comments he made over his side’s chances of finishing in the top four and securing Champions League football for the second year in a row.

“After the game I gave an answer which was logical in terms of the difficulty we have but it is not certainly a mindset,” he added.

“Our attitude is to go right to the end. We would have to win our seven games but it is certainly something we will go into in order to do that.”

Liverpool (1.50 – First Team To Score) make the trip to Blackburn on Wednesday night for an FA Cup quarter-final replay against the Championship side.

“It’s important to have a game quickly when you lose,” Rodgers said. “The group’s very committed to winning this trophy.

“We know Blackburn will be a difficult game for us, but getting to a final and winning a trophy is what we want.”
The winner of the tie will play Aston Villa in the FA Cup semi-finals at Wembley.