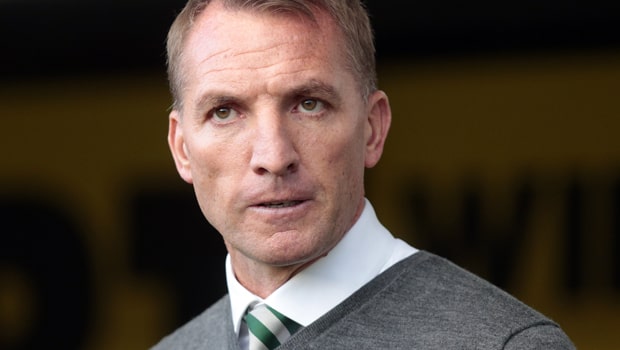 Brendan Rodgers has told his Celtic players they must demand more from themselves as an attacking unit after a stuttering start to the season.

The Scottish champions have managed only five goals in their five Premiership games so far – with none in their two games away from Parkhead.

They host Rosenborg on Thursday evening in their opening Europa League clash and Rodgers anticipates the Norwegian champions – familiar foes for Celtic – will be well-drilled in their latest visit to Glasgow’s East End.

“When we played Rosenberg before they sat in deep. In the first game in particular they were very deep and we saw a lot of the ball but couldn’t quite make the breakthrough,” Rodgers said of July’s Champions League qualifier, which Celtic won 3-1 before a scoreless draw in Trondheim.

“They took the lead with a good first goal and to be fair our response to that was excellent. We expect them to be compact, to be tight and so it’s up to us.”

Under Rodgers’ guide Celtic have prided themselves on playing fluid attacking football, both domestically and in Europe when circumstances permit.

The Hoops boss admits they’ve been working hard to get back to the high standards they set in his first two seasons in charge.

Achieving that goal is something the entire team, back to front, must aim for.

“We need to get back to creating more opportunities. We have to demand a bit more from ourselves at that final third of the pitch. We have kept four clean sheets but we have to do more in the attacking areas,” Rodgers added.

“And it’s just not the attackers. That’s everyone. The speed of our game from behind, playing our passes quicker, playing forward and also taking more responsibility at the top end of the field.

Celtic are favourites at 1.50 to defeat Rosenborg on Thursday. The visitors are 6.50 with the draw priced at 4.50 for the Glasgow meeting.