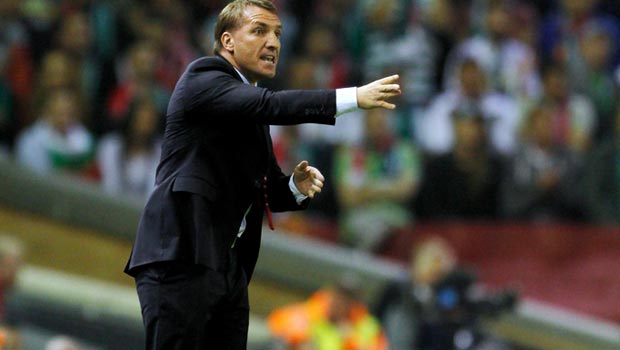 Liverpool boss Brendan Rodgers has admitted the Reds have room for improvement after a sluggish start to the new Premier League season.

The Anfield outfit fins themselves in the bottom half of the table after five games following defeats to Manchester City, Aston Villa and West Ham.

Rodgers’s men are back in the Champions League again this season and so have to deal with high-profile midweek games as well as the domestic games.

Liverpool’s cause has not been helped by a long injury list, with first-team players like Glen Johnson, Joe Allen and Daniel Sturridge among those unavailable to Rodgers at present.

The Reds are also adjusting to life without talismanic striker Luis Suarez following his move to Barcelona and the Kop boss says he might have to tinker with his tactics in order to steady the ship.

“We just need to get back to doing what we do best – our pressing and patterns of pressure,” said Rodgers.

“And, with the injured ones we have, I probably need to look at retaining a system for maybe a longer period.

“Also, our passing disappointed me at the weekend – we played arguably more long passes than West Ham, and that is something you, having watched us for two years, would never say.

“We just need to get back to that way of working which we know can bring us success.”

Liverpool are back in action on Tuesday night when Championship side Middlesbrough make the trip to Merseyside for a third-round tie in the Capital One Cup.