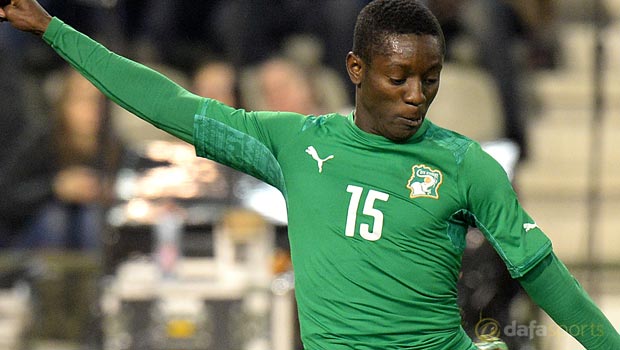 Bournemouth manager Eddie Howe says it is a ‘real achievement’ for the club to have completed the signing of Ivory Coast international Max Gradel.

The winger joins the newly-promoted outfit from Ligue 1 side Saint-Etienne for an undisclosed fee and has put pen-to-paper on a four-year contract.

Gradel who spent a season on loan at the Cherries from 2007-08, enjoyed a superb campaign in France last year, scoring 17 goals from 31 domestic appearances.

Bournemouth are looking strong ahead of their first ever Premier League season and Howe, who was a coach at the club when Gradel was previously on loan, believes the new acquisition will add another dimension to the team.

“I am delighted to have brought someone of Max’s quality and calibre to the football club,” he told the Daily Echo. “Having worked with him when I was a young coach and he was a young player, we built up a strong relationship.

“I have followed his career ever since and never thought I would be fortunate enough to be able to sign him permanently for this club.

“I think it is a real achievement to be able to bring him in and attract him to the club. Hopefully he will enjoy his second time here.”

Bournemouth, who are third favourites to get relegated at 2.30, play host to Aston Villa on the opening day and the hosts are 2.00 favourites to clinch all three points, a draw is 3.50 while the visitors are priced at 4.00.