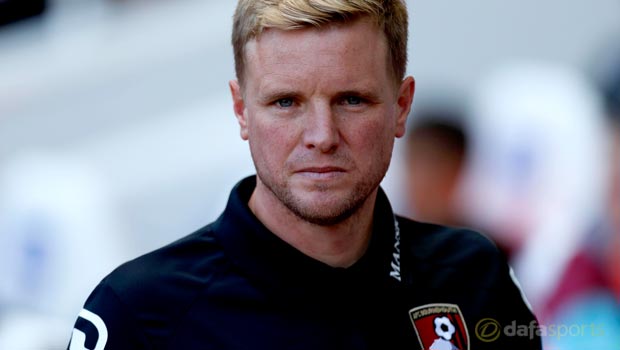 Bournemouth boss Eddie Howe says he would like to add to his squad before the transfer window shuts, but he admits that getting deals done is tough.

The Cherries have made a positive start to their first season in the English top flight, securing their first Premier League victory with a 4-3 triumph at West Ham at the weekend.

And Howe’s men backed that up with a commanding 4-0 win at League Two Hartlepool United in the second round of the Capital One Cup, leaving the Cherries boss pleased with the way things are going, but also pondering further moves into the transfer market.

He told the Echo: “It is difficult, we have been chasing transfers for a while now and things take time.

“There is no guarantee we will add to the squad at all. We are trying, but the numbers have to be right and the players have to be available.

“But as much as I would like to add to the squad, I am not losing any sleep over it.”

Next up for Bournemouth is visit from high-flying Leicester City on Saturday, with the Foxes having taken seven points from a possible nine in their opening three games of the new Premier League season.

City are currently second in the table, with only Manchester City possessing a 100 per cent record of nine points from nine.

Bournemouth and Leicester have only met twice this century, with the Foxes winning both games in the Championship during the 2013-14 season.

The match at Dean Court was won 1-0 by City thanks to a late Kevin Phillips strike and Leicester are 3.30 to win again on Saturday, while they are 10.00 to repeat their 1-0 success.