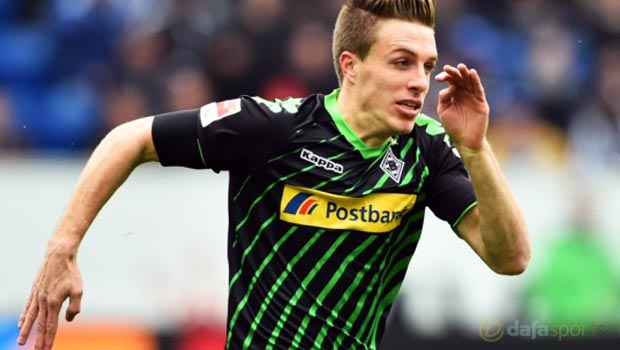 Borussia Monchengladbach striker Patrick Herrmann says his side have it in their own hands to secure third place in the Bundesliga this season.

Die Fohlen are currently two points ahead of Bayer Leverkusen in the race for third place, which would secure a group stage spot in the Champions League next season, with Wolfsburg and Bayern Munich seemingly having the top two places sewn up.

And Herrmann, who recently put pen to paper on a new four-year contract and scored twice in a 4-1 weekend win over Hoffenheim, is hoping for a fine end to what has already been a good campaign for his side.

He told the official Bundesliga website: “We’ve got it all in our own hands and things are looking good up to now.

“However, we can’t afford to rest on our laurels. If we keep going like we have been, then we could really achieve something this year.”

Monchengladbach, who ended up in sixth place in the bundesliga last season, are also still in the DFB-Pokal and face Arminia Bielefeld in midweek, with a place in the semi-finals on the line.

Meanwhile, Leverkusen midfielder Gonzalo Castro has urged his side not to give up their chase of Monchengladbach, saying: “We want to finish the season in third. Gladbach have got some tricky games coming up, but so do we.

“We will have to fight hard in the remaining seven matches. If we win a lot of them, then we’ll see at the end of the season where we end up.”