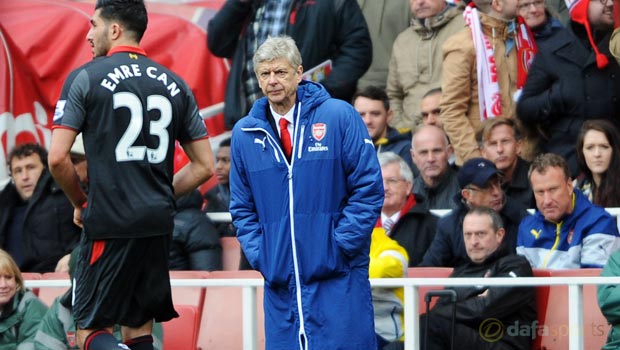 Arsenal manager Arsene Wenger is keen to see just how far his improving side can go this season and still has one eye on a possible Premier League title push.

The Gunners made it seven league wins in a row with a stunning 4-1 thrashing of Liverpool at the Emirates Stadium on Saturday, leaving them seven points adrift of leaders Chelsea, who have a game in hand.

However, Wenger has not given up hope of a late twist, with his side still to face the Blues at the Emirates towards the end of the month, while Chelsea have potentially tricky games against Liverpool and Manchester United to negotiate.

The Frenchman, sounding proud and pleased with the way his side have improved during the campaign, said: “I am a competitor and what that means is you have to go as high and as far as you can. Let’s give everything to do it and see what happens.

“We are in a good position, with four games at home and only three away. We are on a good run, so I would say that it will be down to how we can maintain that focus and level of urgency between now and the end of the season.”

Next up for the men from north London is a trip to relegation-threatened Burnley before they turn their attention to their attempts to win the FA Cup for the second year in a row.

Championship side Reading will be the opponents at Wembley on Saturday, April 18, with the winners of that semi-final to face one of Liverpool, Blackburn Rovers or Aston Villa in the final.