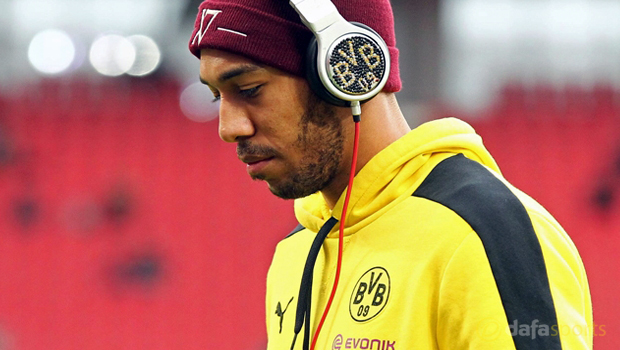 Aubameyang was crowned African Footballer of the Year for 2015 after impressing for Dortmund and his national side Gabon.

The 26-year-old, who has been with Dortmund since 2013, has emerged as one of the most potent strikers in Europe in the last two years.

Dortmund, who are priced at 5.50 to win the Europa League, currently sit second in the Bundesliga and Aubameyang has kept them in the hunt for the title with eight points to make up to leaders Bayern Munich.

The frontman is second in the Bundesliga goalscoring charts with 20, just one behind Bayern hitman Robert Lewandowski.

The former Saint-Etienne man has subsequently been linked with a number of Europe’s top clubs and he has revealed that Los Blancos would be a preferred destination.

However, Real would likely face stiff competition for his services with Barcelona, Juventus and Chelsea all expressing an interest.

Aubameyang said: “My childhood dream? To play at Real Madrid.

“In 2014, before he died, I promised my grandfather who was from Avila, 110 kilometres from Madrid, that I would play there. It will be complicated, but it sits in a corner of my head.

“When I was a kid, I watched Hugo Sanchez videos. The backflip I sometimes do when I score is actually an homage to him.

“Real Madrid, or another great Spanish club, would also be a great gift to my mother.”