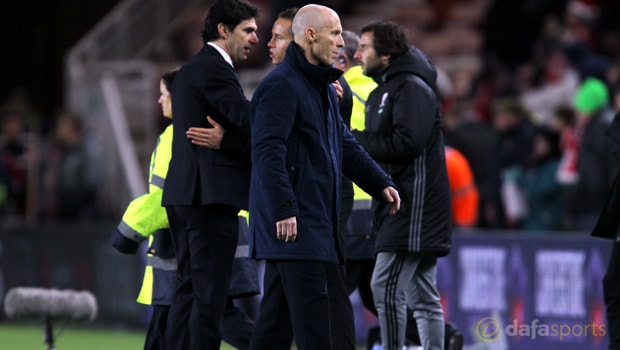 Bob Bradley believes home form will be the key to Swansea’s chances of staying in the Premier League this season.

The Swans were roundly beaten 3-0 away at fellow relegation candidates Middlesbrough to maintain a poor record of picking up just four points on the road so far this season.

Having beaten Sunderland by the same score the previous weekend, it appeared the South Wales club had turned a corner but they have since lost at both West Brom and the Boro.

The American has struggled to find a balance to his side’s play since arriving in October and has admitted that he would like to strengthen a number of areas when the transfer window opens next month.

Boxing Day sees Swansea host fellow strugglers West Ham before welcoming Bournemouth and then travelling to Crystal Palace, both of whom are also near the bottom, in their following two fixtures in the next couple of weeks.

Bradley admits that his side are not in the position he hoped they would be in when he took over but is confident that a good run at home can help drag them out of the mire.

“We’ve talked about the possibility of improving in all areas in January and that hasn’t changed, but the matches between now and January – two homes games against West Ham and Bournemouth – are important,” he said.

“For the first time (against Boro) we didn’t take care of business against a team that is right around us in the table.

That’s going to be important and of course now we’ll look at our next two matches because winning home matches in this battle is going to be the real key.”