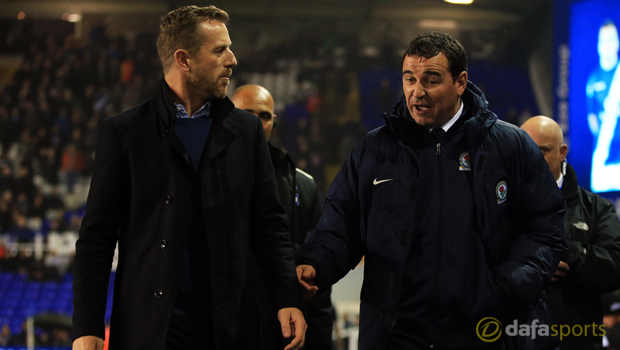 Blackburn Rovers boss Gary Bowyer felt the respect showed to his side by Birmingham City in Tuesday’s goalless draw proves they are moving in the right direction.

Both sides drew a blank at St Andrew’s, with Rovers remaining in 15th place in the Championship table with 16 points from 15 games played.

After a poor start to the season, the Ewood Park outfit have now lost just two of their last nine games, with three wins and four draws, and they have certainly become harder to beat in recent times.

Tuesday’s stalemate was their second consecutive clean sheet and they have one of the best defensive records in the division.

Scoring goals has been the problem, with less than one strike per game, and that is something that the former Premier League champions will need to address if they are to mount a serious challenge for the play-offs as the season unfolds.

And, while happy to pick up another valuable point, Bowyer admitted that he left the Midlands with a sense of what might have been.

“I’m pleased with the clean sheet away from home, and that’s six for the season,” he said. “But I think we had enough key moments to win the game.”

Birmingham are looking to get back in the Premier League and sit sixth in the standings with 25 points, but they were far from dominant in the game.

And Bowyer believes that rival teams are now starting to realise they cannot take liberties with his side and are setting up to keep things tight.

“We’ve come to a team who are in a play-off position and they’ve paid us a massive compliment by putting men behind the ball,” he added.

Rovers are next in action on Saturday and can be backed at 2.05 to beat a Brentford side who are on offer at 3.60 to leave Ewood Park with all three points.