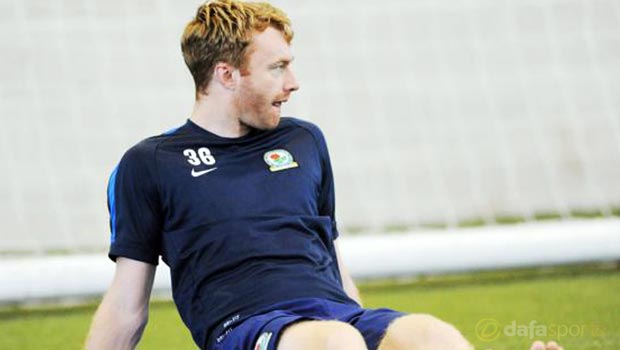 The 28-year-old made the switch to Ewood Park in 2013 after being released by Millwall and the Englishman was a main part of the side in his debut term.

The midfielder made 34 Championship appearances and the performances helped the club to eighth in the Championship, just two points away from the final play-off position.

Opportunities were limited in the previous season though and the former Oldham Athletic star made just 16 outings, with nine of these coming from the substitutes’ bench.

Taylor did make 10 starts in the second half of last season, scoring four goals, including three in the run to the FA Cup quarter-finals, and the Englishman is hoping he can continue where he left off.

“I didn’t play much in the first half of the season, so there isn’t much you can do, but when you do get a chance, second half of the season I think I showed I can chip in with goals and create goals,” he said.

Blackburn, who are priced at 26.00 to win the Championship outright, face a tricky opener against Wolverhampton Wanderers and Rovers are slight home favourites at 2.40 to clinch all three points while the visitors are a 2.88 shot.

Taylor also revealed he rejected contract offers from various clubs to sign a new one-year deal with Blackburn and the midfielder is excited to have extended his stay.

“There’s no point hiding it, I did have [longer contract offers],” he added. “But I’ve worked hard to get to a club like Blackburn Rovers and I didn’t want to give that up. It’s a massive club and I love working here.”