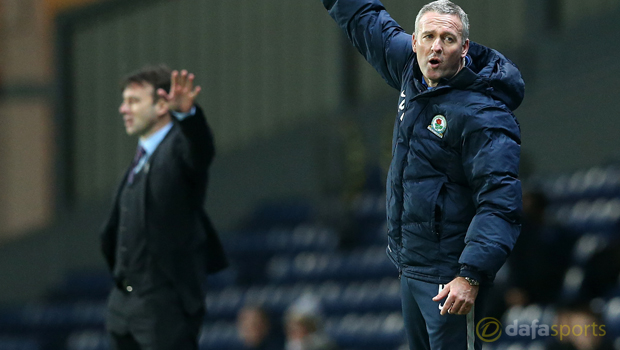 Blackburn manager Paul Lambert has criticised the busy festive period and admits his side will need to produce a big effort to get the better of Reading on Sunday.

The former Aston Villa boss has enjoyed a fantastic time since taking over at the club on November 15 and the Scot has amassed 11 points from 15 on offer.

Rovers are yet to taste defeat under Lambert, having beaten Preston, Bristol City and Rotherham United while recording draws against Sheffield Wednesday and Nottingham Forest.

The most recent outing was a 0-0 draw against Dougie Freedman’s men on Monday night at Ewood Park where, despite enjoying a positive first half, the hosts were unable to get a decisive goal.

Fatigue may have played a part towards the latter stage of the game with Blackburn having only defeated Rotherham three days earlier.

The fixture list always piles up at this time of the season and Lambert admits his players will need to produce a big effort in order to keep their run going against the Royals this weekend.

“We’ve not got the biggest squad to try and compensate that,” he said. “It’s a big ask, they deserve a lot of credit for the performance and picking up another point. Everybody else is having a winter break and we’re having two games in four days.”

Blackburn are currently 11th in the Championship, three points off the play-off places, and the club are priced at 17.00 to be promoted to the Premier League.

Rovers, who are big outsiders at 101.00 to win the title, take on Reading, Middlesbrough and Bolton in the space of eight days over Christmas before taking travelling to Cardiff on January 2.