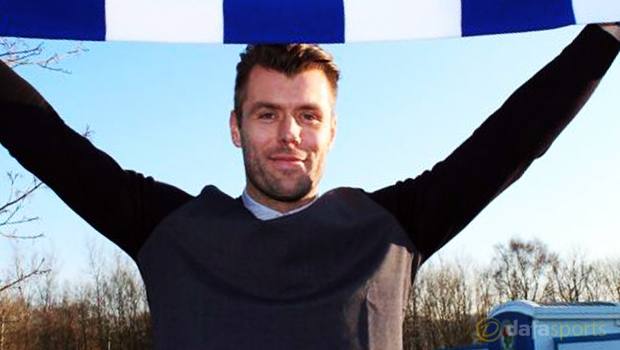 Centre-back Elliott Ward is hoping that Paul Lambert will help reignite his career, having completed his move to Blackburn Rovers from Bournemouth.

Ward, 31, has signed a two-and-a-half-year contract at Ewood Park and is looking forward to being reunited with Lambert, with the two having previously worked together at Norwich City.

This season former West Ham youngster Ward has not featured for the Cherries following their rise into the Premier League and he spent a month out on loan at Huddersfield Town, making five appearances for the Terriers.

However, he is now hoping to put down more permanent roots in Lancashire and is excited about the chance to work with Lambert once again.

He told his new club’s official website: “I’m really pleased and I can’t wait to get started training and crack on.

“Paul Lambert demands high standards and he definitely brought mine up a few notches at Norwich and that’s something I want to get back to on a regular basis.”

Ward is the second player to have made the switch from Carrow Road to Ewood Park this month, with winger Elliott Bennett having arrived on loan and he’s already made three starts for Rovers.

Striker Danny Graham has also arrived on loan from Sunderland, as Lambert tries to beef up a squad who are without a win in their last six Championship games.

Next on the agenda for Rovers, who set up an FA Cup fourth round clash with Oxford United by beating Newport County 2-1 on Monday evening, is a game with Charlton Athletic at The Valley on Saturday.

The Addicks, who are without a win in 11 games in all competitions, are priced at 3.80 to secure three points on Saturday, with a Rovers win available at 2.00.