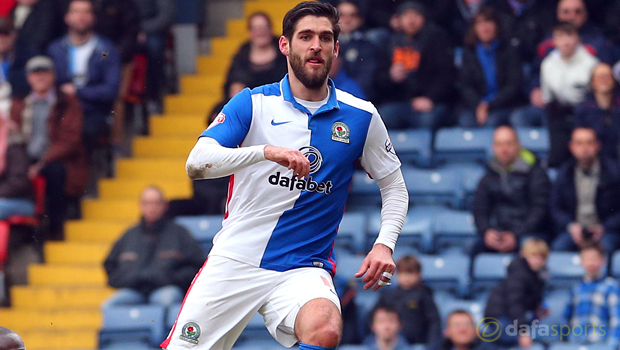 Blackburn boss Owen Coyle believes Danny Graham can be a key man for Rovers in the season ahead after joining on a permanent basis.

Graham managed seven goals in 18 Championship appearances for the Ewood Park outfit last term during a loan stay from Sunderland and joined the club full-time after his contract at the Stadium of Light came to an end this summer.

The former Watford and Swansea frontman has been in scoring form in pre-season, with goals against Austrian outfit SV Ried and Bury, and Coyle believes the 30-year-old can have a big impact for Rovers during the coming campaign.

“That feeling of stepping on the field thinking I’m going to score in every game, he will probably feel that he should have scored in the second period as well when he rattled the post [against Bury], but for me he’s a proper number nine,”

Coyle told the club’s official website. “He’s one of those players who I think can contribute to the game when he’s not scoring.

“He brings the team into play, he holds it up, he battles away with the centre-backs, he gives it out to the wide players, who can create and score chances, so all in all I was delighted for Danny.

“He’s in a very good place, he’s enjoying being at the club, he knows he’s a big part of it and there’s no doubt that when Danny Graham and Anthony Stokes play together, you’re going to have a really potent strikeforce.

“So I’m looking forward to that, because they’re both clever players, they both know where the goals are and they can hurt the opposition.”

Blackburn are 2.75 to win their opening Championship match of the season against relegated Norwich on August 6 and 17.00 to be promoted.