Black Cats eye up ‘biggest three points of the season’ 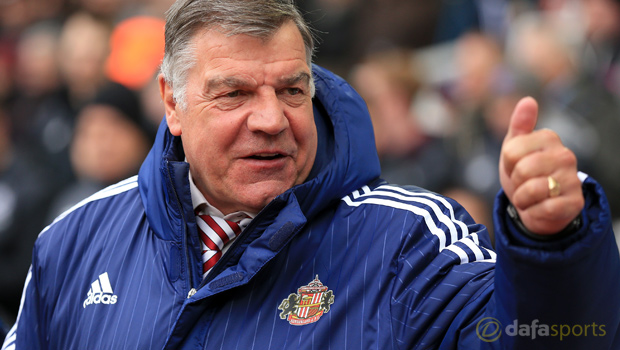 Sunderland are capable of upsetting Premier League leaders Leicester City at the Stadium of Light, according to Black Cats boss Sam Allardyce.

With his side now unbeaten in four games, Allardyce says that a win over Leicester would be the biggest result in Sunderland’s season.

He admits that Claudio Ranieri’s team deserve their place at the top of the Premier League standings but Allardyce feels Sunderland can win Sunday’s game if they play like they have been doing recently.

Despite their positive recent run, it has remained a deeply frustrating time for Allardyce.

Sunderland conceded late goals at Southampton and Newcastle when they were in winning positions.

Last weekend at the Stadium of Light, they dominated against West Brom but found Ben Foster inspired in the Baggies goal and could not make a breakthrough.

They are now four points from safety but Allardyce has urged his players to keep performing as they have done recently and, if they do, he is confident they can get a result against Leicester.

“I hope we can perform this week like we did the last. Hopefully that will be enough to bring us our biggest three points of the season against the side at the top of the league who deserve to be where they are,” he said.

“It would only be their fourth defeat. Hopefully we can be clinical enough. We are capable of doing it, I feel.”

While Leicester are closing in on the title, Allardyce believes there is more pressure on his team, given their perilous position in the relegation zone.

“There’s a lot more pressure on us than them, there’s no doubt about that, with the position we’re in,” he added.

“It’s a much bigger game for us than them on the basis of our Premier League status. It would still be an outstanding season if they finished second and not first.”