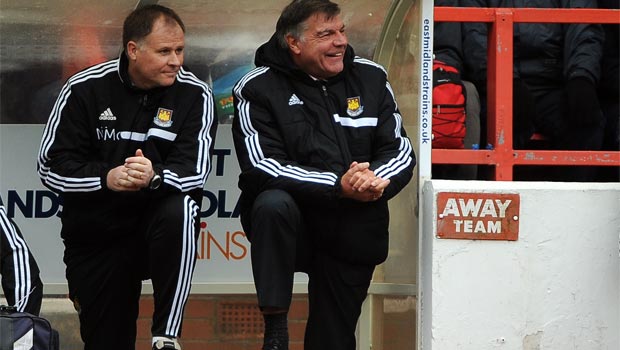 West Ham coach Sam Allardyce has been given a vote of confidence by the board despite the club’s poor recent form.

Second bottom in the Premier League table at present, West Ham were thrashed 5-0 in the FA Cup on Sunday by Championship side Nottingham Forest, after which there was much speculation over the immediate future of Allardyce.

However, in an open letter on the club’s official website, co-chairmen David Sullivan and David Gold have not only given Allardyce a vote of confidence, but have confirmed that they will be active in the January transfer window.

The letter read: “We know Sam has not lost his ambition or desire and is committed to making West Ham United a great Premier League club.

“Sam has been handed a near impossible task of coming through three crucial games in the space of six days with a squad of only 14 fit and available senior players.

“We have experienced difficult times before and we know what will get us results – hard work, determination and perseverance.

“To that end, we are all working round the clock to do everything in our powers to help arrest our slump in form.

“Our first priority is to get our key players fit.

“Our record signing Andy Carroll continues to make good progress following his return to first-team training and he should be back on the pitch very soon…Trust us, Andy Carroll is desperate to play and is ready to do his bit for the team and we are confident that the return of all of our injured players will lead to an upturn in our fortunes.”

The club badly need to turn things round soon, having slumped to 19th in the table, but will have an opportunity to put things right on Wednesday when they face Manchester City in the semi-final of the Capital One Cup.