Believe in us – Cristiano Ronaldo before crucial playoff game against Turkey 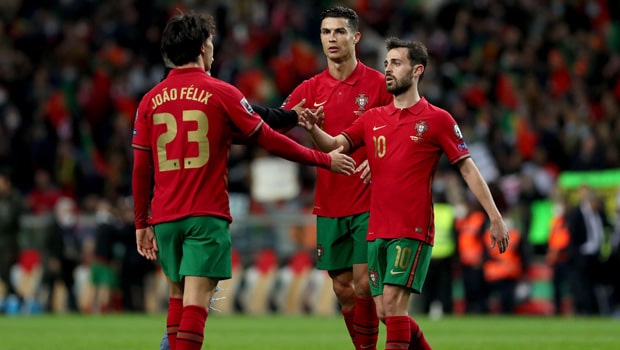 Portugal captain Cristiano Ronaldo shared a motivating message before their all-important clash against Turkey in the FIFA World Cup playoff game. Portugal will need to win their semifinal and final matches in order to book their play in the World Cup, which will take place in Qatar later in the year.

Ronaldo took to his Instagram handle to share a message for his teammates and all the Portuguese fans to believe in them.

Portugal had lost to Serbia by 2-1 (on aggregate) back in November 2021 at home during the qualifiers, which costed them direct qualification and now they will have to go through the playoff stages. In fact, Ronaldo and Portugal is no stranger to these playoff games as they had qualified for the 2010 and 2014 edition through the same route.

Ronaldo wrote on his post and urged his fans to back them, “It’s no secret to anyone: representing my country is always a very special moment for me. Raise the name of Portugal very high, bring joy and pride to all Portuguese; show our young people that nothing is impossible! Believe in us, believe in our Selection. We will do everything to correspond to your support… Come on Portugal!”

Meanwhile, Seleccao will have their work cut out in order to qualify. Turkey is 31 places behind Portugal in the FIFA rankings but they had finished at second place in Group G in UEFA qualifiers behind the Netherlands and have also won their last three matches.

Furthermore, if Cristiano Ronaldo-led team passes their test against Turkey, they will most likely face Italy in the final. Italy will face North Macedonia in the other semifinal and Azzurri will be the favorite. In fact, Italy had failed to qualify for the World Cup in 2018 and the European Champions will look to book their berth in the quadrennial showpiece.

The upcoming edition of the FIFA World Cup is expected to be Ronaldo’s final mega event on the International stage as he recently turned 37 in February.