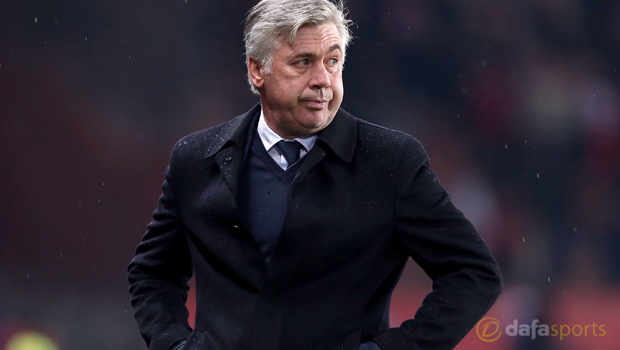 Bayern Munich have confirmed that boss Pep Guardiola will leave the club at the end of the season, and is to be replaced by Carlo Ancelotti.

Guardiola has won the Bundesliga title in both of his seasons in charge at the Allianz Arena and Saturday’s win at Hannover saw Bayern move eight points clear of Borussia Dortmund heading into the winter break.

The Spaniard’s future has been one of the talking points of the last few weeks, with the coach remaining coy on whether he would remain in Bavaria once his contract expires in the summer.

England has always been perceived to be his preferred destination and the speculation has only been increased by the sacking of Jose Mourinho by Chelsea, while the managerial positions at both Manchester clubs also remain in doubt.

Bayern have now confirmed Guardiola will leave at the end of the season with Ancelotti succeeding him in the hotseat.

The Italian has been out of work since being sacked by Real Madrid in the summer but comes with plenty of pedigree, having won the Champions League at both Real and AC Milan, while he also lifted the Premier League title during his time at Chelsea.

Despite confirming his exit, Karl-Heinz Rummenigge is confident Guardiola can still guide the team to success this season, while he also admits he is looking forward to working with another esteemed coach in Ancelotti.

“We are thankful to Guardiola for all he gave our club and hope to celebrate more success in the current season,” Rummenigge told German newspaper Bild.

“With Ancelotti we have another very successful coach coming to Bayern. We are looking forward to working together.”

Bayern are currently the 1.03 favourites to retain their Bundesliga title, while they are also second in the betting at 3.50 to win the Champions League.