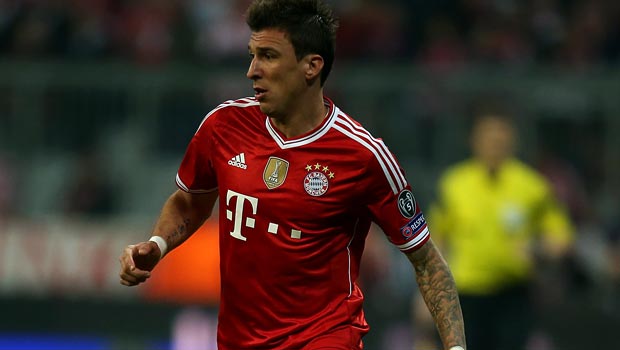 Bayern Munich boss Pep Guardiola has confirmed that striker Mario Mandzukic will have no part to play in Saturday’s DFB-Pokal final with Borussia Dortmund.

Mandzukic has played a key role in the Bavarian side’s success this term, netting 26 goals in all competitions to help Bayern claim the Bundesliga title in record time.

However, it has emerged that the Croatian has been left out of the squad for the meeting with Dortmund due to a disciplinary issue.

The former Wolfsburg man has clashed with Guardiola already once this season, when he was excluded from the team in January for similar reasons.

Guardiola said: “He would have been able to play. But it is my decision and that’s it.”

The 27-year-old’s absence from the squad will only add fuel to talk that he is heading for the exit door in the summer, Bayern have already agreed terms with one of Saturday’s opponents and will be signing Robert Lewandowski on a free transfer when the season ends.

The former Barcelona boss Guardiola also confirmed that he will be without veteran midfielder Bastian Schweinsteiger for the clash as he remains sidelined with a knee injury.

He continued: “He was not able to train this week. Schweinsteiger is injured. I hope he can travel to the World Cup in Brazil. I am no doctor.”

Bayern’s dominance on the domestic scene is reflected in the betting with Die Roten priced as 2.02 favourites in the match betting, with Dortmund available at 3.49 and the draw at 3.35, although it is worth noting that each side shared one victory apiece in the Bundesliga, with both winning 3-0 away.