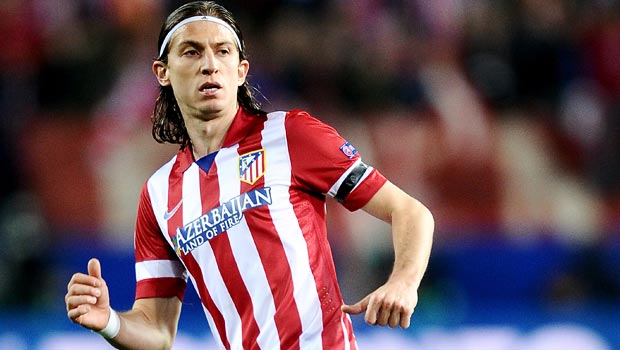 Atletico Madrid defender Filipe Luis feels hard work will be the key to getting a positive result in Tuesday’s Champions League quarter-final clash with Barcelona.

Los Rojiblancos take on the Catalan giants in the first leg of their last-eight tie at the Nou Camp in the first of three remaining fixtures against Tata Martino’s men.

The return leg takes place at the Vicente Calderon on Wednesday, April 9, with the two sides then clashing in La Liga on the final day of the season.

That match may well determine the destination of the La Liga trophy but it is matters of a different kind that are on the agenda this week as Diego Simeone’s men face the daunting prospect of a trip to Barca in Europe’s elite club competition.

The reigning Spanish champions have started to play some attractive football once again after a mini-slump, with Lionel Messi now back fit and scoring goals for fun.

And, with that in mind, Brazil stopper Luis believes the best way to get something from Tuesday’s showdown is to try to disrupt the home side’s flowing football.

“Scoring at the Camp Nou isn’t easy and stopping them from scoring is even harder,” he said.

“We have to stop them from playing their game and try to counter them. We know they’re going to look to dominate.”

Barcelona are 1.50 favourites to win the match with Atletico priced at 6.39 but, as they still sit pretty at the top of the Spanish top-flight table, the capital club will be confident of competing with their illustrious opponents.

The draw is on offer at 4.05 and Simeone would certainly accept that result as his charges are yet to lose in the league at home this term and will fancy their chances of continuing that run in Europe next week.