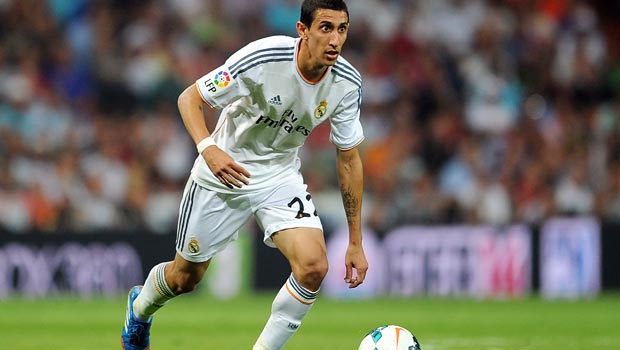 Los Blancos were beaten 4-3 by the Catalan giants at the Bernabeu at the end of March but Di Maria doesn’t think that El Clasico loss will play on the minds of the Real players when they take to the pitch at the Mestalla on Wednesday.

Real also suffered a 2-0 defeat in Germany at the hands of Borussia Dortmund in the Champions League quarter-finals this month, although they managed to progress 3-2 on aggregate thanks to a victory in the first leg.

Di Maria, however, claims recent form won’t come into the equation when the two giants of Spanish football resume their fierce rivalry in the cup final.

“It has nothing to do with La Liga or the Champions League and hopefully we’ll play well. It’s a final and they will come out and do their best,” he told the official Real Madrid website.

“We’re on track. We have to keep doing our work and continue in that way. We’re fine as we are. Finals are different games.”

He added: “We want to play well. The match against Dortmund was just a misstep and we don’t want to repeat it.

Real secured a comfortable 4-0 victory over Almeria in their final league game before Wednesday’s cup final, while Barca slumped to a surprise 1-0 defeat at Granada on Saturday.

Real Madrid are 2.08 to win the Spanish cup while Barcelona can be backed at 1.82.