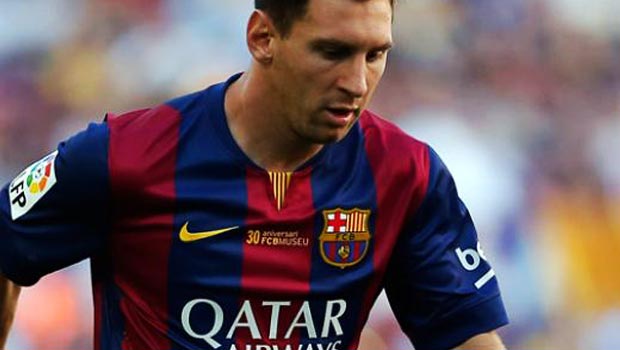 Despite a bright start, the Blaugrana, who are 7.00 to win the Champions League, found themselves behind early on as Sergio Garcia scored after just nine minutes to put the Parakeets ahead before the Argentine levelled on the stroke of half-time.

He then made it 2-1 on 50 minutes before sealing his hat-trick with nine minutes left, after strikes from Gerard Pique and Pedro had made the result safe.

Despite already netting 17 goals this season, Messi, who is the 2.65 favourite to be the top scorer in the Champions League, has come in for criticism at times for a perceived lack of work-rate.

In truth, there have been occasions over the last couple of years where the maestro has appeared disinterested, even though Barca have continued to rely so heavily on him.

Enrique has now called on Messi to contribute more to the team, saying he wants the 27-year-old to start putting more into the defensive part of his game as he feels it will help their quest for success.

“You quickly get used to decisive players in your team. We want Leo to contribute to the team and not just in attack,” Enrique told reporters on Sunday. “We want maximum involvement from him, and that’s important for the club.

“We always seek balance. We only make changes for the good of the team. We attack and defend as a unit, and we must do so with order.”