La Liga: Barcelona on the slide 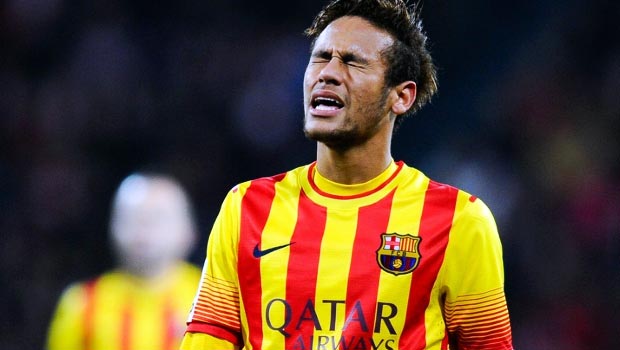 Spanish champions Barcelona have lost their last two games, with no Lionel Messi to rescue them at the moment.

Messi has been absent since suffering a thigh strain playing for his club last month, and recently flew home to Argentina for physiotherapy. He is not due back until January 2, so Barcelona must somehow come up with an answer to their woes without him in the equation.

A surprise 2-1 Champions League reverse to Ajax in Amsterdam was followed by a 1-0 loss at the hands of Athletic Bilbao in La Liga at the weekend, a defeat that cost them their three-point lead over Atletico Madrid.

The two sides now boast identical records, with 13 wins apiece, and it is only by a two-goal difference that Gerardo Martino’s side top the table.

So what has gone wrong all of a sudden? Surely they are not a one-man team, not with the likes of Xavi and Andres Iniesta to run the show, and Alexis Sanchez and Neymar to strike terror into the heart of any defence.

Sadly that has not been the case, with all four ineffective at the weekend as Bilbao never let them settle into a rhythm on the way to a first victory over the Basques in 14 meetings.

Granted Sanchez was returning from suspension, but Neymar let his side down on more than one occasion, so it appears that when there is no Messi, there is no lifeline.

With both Madrid clubs right behind, and Cristiano Ronaldo back from injury soon, it is imperative that Barcelona rediscover the winning habit.

They will get that chance more or less immediately as they travel to third division side Cartagena on Friday for what should be a straightforward last-32 Copa del Rey tie, before welcoming in-form Celtic to the Nou Camp the following Wednesday.

A draw would see them finish top of Champions League Group H and on recent form they would perhaps settle for that result.