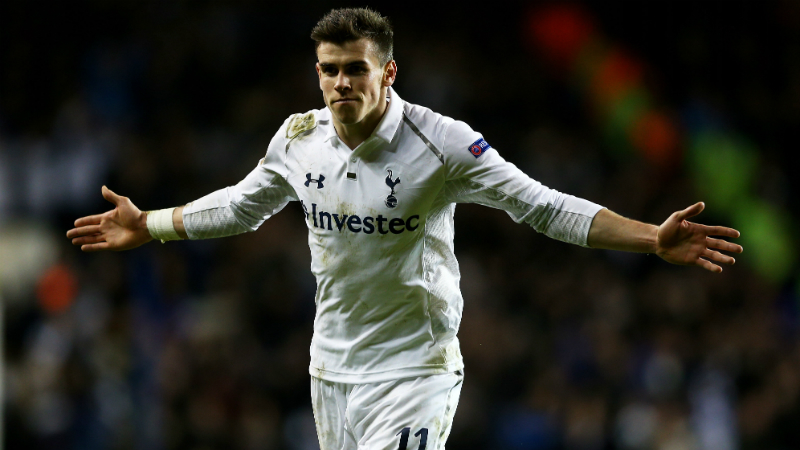 Gareth Bale’s agent Jonathan Barnett claimed that Tottenham striker is more worthy to play for Real Madrid than the young Brazilian Neymar, who refused the offer of the Los Blancos to play for Barcelona.

Madrid President Florentino Perez, after losing the race for Neymar to Camp Nou, hinted that he wanted to see Bale play at the Bernabeu by saying that the Welsh is “born to play for Madrid”.

Though Barnett admitted they were quite honoured because the Los Blancos showed interest with the 23-year-old, he was slightly displeased because it seemed Bale was only the second choice after Neymar.

“He is a much better player than Neymar, he has proven himself in one of the best leagues in the world, the Premier League,” said Barnett. The 23-year-old Welsh have netted 21 goals in 33 appearances for the Hotspurs this season.

“Aside from Ronaldo and Messi, who are the top players, I must admit that he (Bale) is the footballer who impressed me most,” said Zidane. “I have been watching Tottenham for the very reason that Bale has been playing.”

Barnett said that he and Bale will consider any offer from the La Liga giants, but will be careful to seek permission from higher office because they still have a three-year-contract at White Hart Lane.