Atalanta set a new record as they decimate Salernitania 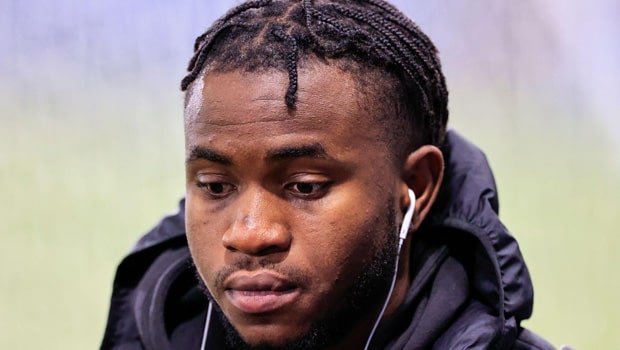 Atalanta did a demolition job on Sunday and made history with an 8-2 win against Salernitana.

The goals were shared by Ademola Lookman, Rasmus Hojlund, Jeremie Boga, and Eder.

Unfortunately, they will have to play Juventus without Koopmeiners against Juventus due to yellow card accumulation as they aim to close on the European spot.

La Dea needed just five minutes to open the score chart. Jeremie Boga scored in his first start of the season, when he cut inside from the left, rode three attempted tackles, and unleashed a rocket that took a deflection off Domagoj Bradaric to wrong-foot Guillermo Ochoa.

The Mexico international goalkeeper stopped the hosts from going two goals up when he used his legs to parry Koopmeiners daisy-cutter on a Davide Zappacosta roll across from the right.

Meanwhile, Salernitana equalised when Krzysztof Piatek flicked on a long Ochoa kick. All Boulaye Dia did was to let it bounce and prodded past the on-rushing goalkeeper.

Atalanta went into the lead again from the penalty spot. They were awarded the spot-kick after a free kick for Federico Fazio’s foul on Rasmus Hojlund was changed after VAR showed that the contact was inside the box.

Ochoa went for the ball, but Lookman’s spot-kick squirmed under his arm and body into the bottom corner.

They later made it 3-1 through Giorgio Scalvini, who met the Koopmeiners’ corner with a glancing header across Ochoa.

After saving a goal through a last-ditch tackle, Fazio gave away another penalty for tripping Hojlund.

This time Ochoa saved Koopmeiners’ spot-kick but could do nothing on the Dutchman’s rebound.

Hojlund made it five after sprinting away from Fazio in this first half,l on a through ball from midfield. He drilled across Ochoa into the far bottom corner.

They continued from where they left when Lookman took a touch before hitting a rocket into the top corner from the edge of the box.

Hans Nicolussi Caviglia later reduced the deficit got with his sweeping shot off the inside of the right boot from the edge of the penalty area.

Ederson made it 7-2 with an unstoppable right-foot curler into the top corner, giving Ochoa no chance. He refused to celebrate against his former club out of respect,

They eventually set a new record with an eighth goal from another ex-Salernitana player, Nadir Zortea, who smashed in the angled drive on a Duvan Zapata lay-off.

They could have made it 9, but Ochoa palmed a Koopmeiners strike onto the crossbar from the tightest of angles.