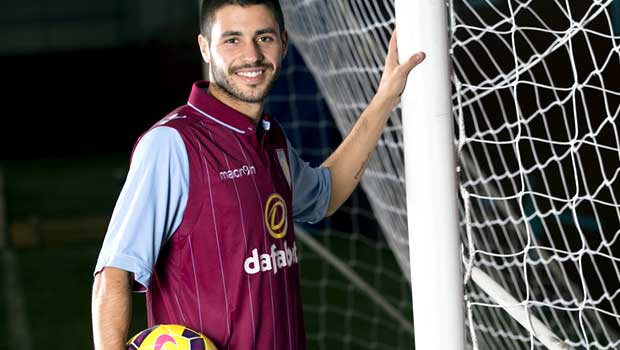 Paul Lambert is hoping new signing Carles Gil can add the extra creativity his Aston Villa side have been missing as they continue to fight against the drop.

Despite a solid start to the campaign, the Villans, who are currently 3.80 to be relegated, have slowly but surely found themselves slowly slipping down the standings in recent months and despite sitting 13th in the table, a run of six league games without a win means they are now only three points above the bottom three.

The situation has inevitably led to questions about Lambert’s job at the club but rather than panic, the board have decided to back their man in the transfer market, bringing in the talented Gil from Valencia.

Although he hasn’t exactly established himself at the Mestalla this term, the 22-year-old has looked bright when coming off the bench and his ability to play throughout the attack will undoubtedly give Villa more options in attacking areas.

With him signing a four-and-a-half-year deal, Gil appears committed to the cause in Birmingham and his new boss believes the one-cap Spanish under-21 international can provide his side with a much needed injection of flair.

“We’ve been on the lookout for a creative player and he will certainly bring that extra element to the side,” the boss said. “He’s only 22 years of age but he will come here and give us something I don’t think we have at the moment. He can play either role, coming in off the sides or playing in behind as well.

“He can create chances and get those chances put away. He has a lot to offer and I know we can get the best out of him.”

Gil could well make his debut for Villa on Saturday when they host Liverpool, a game they are 4.38 to win, with the draw 3.32 and the Reds currently 1.85.